This past weekend, we threw our son a sleepover party. He’s been asking for a sleepover party for a couple of years now, but I still felt like he was too young. This year, I finally gave in. So for his 8th birthday we invited his best buds over for video games, pizza, a nerf war and a sleepover.

We invited three of his friends, and one friend for my daughter so she would have someone to play with. Believe me when I say that this was enough! Any more kids and I think it would have been overwhelming for everyone. Plus, all the boys had a chance to interact and really enjoy their time together. There were lots of laughs all night long!

In addition to making sure the boys had lots of fun, my goal was to tire them out! I wanted to make sure everyone was ready to sleep at the end of the night. I had lots of activities planned and the kids had tons of fun. My son is already planning his sleepover for next year!

I was also super conscious of our budget. We have done parties at the typical birthday party places in the past, and while I loved the convenience of those party places they are so expensive! This year I wanted to have a party that my son would be so excited about but that wouldn’t break the budget.

For all the activities I had planned, I included the cost and some links so you know exactly which items I purchased. There’s too many choices out there ya’ll!

This was absolutely the highlight of the whole party! We made a super simple Nerf War course in our backyard using old amazon boxes. My original plan was to use wood pallets, but they were so hard to come by. Instead, we cut apart some of the Amazon boxes we had and spray painted them orange and blue.

The Nerf War was a huge hit and the cardboard boxes actually worked out better than expected. For one, the kids could move them around into different configurations and build different bases. It was also much easier to clean up those cardboard boxes!

We also got some extra soft Nerf bullets and protective eye wear to keep everyone safe. Honestly, half the boys tossed the eye wear but others absolutely loved them. Plus, I felt better that at least half the boys wouldn’t loose an eye.

UPDATE: After having the party I came across this awesome Nerf Team Kit.

It comes with eye wear, bullets and camouflage bandannas for two teams. I would have totally gone with this kit had I seen it before!

When everyone was hot and sweaty we had a water balloon fight. I bought These Bunch O Balloons and they were super easy to blow up! We had about 300 water balloons in 10 minutes. Not only were they super easy to fill up but I didn’t have to knot all 300 of them. They have a little rubber band that keeps the water in and your fingers happy! Even with 300 hundred balloons, I was surprised at how quickly they went through them!

When it got dark I sent the boys back outside for a game of laser tag. These laser guns came with 4 in pack and they are so much fun. Even my husband jumped in to play a round of laser tag. This was probably the most expensive item we purchased, but we made this item one of my sons birthday presents so it was kind of a win-win!

We have a shield console which we use for all our media needs, but we only have 2 game controllers. I asked the moms to send everyone with ipads and they all had tons of fun sharing their ipads and taking turns on the video console.

When it was time to start winding down, I had everyone put on their pajamas and brush their teeth, then I got them settled for a movie. This was a great way to transition from running around like crazy to a calmer mood.

*Amazon had the best prices for the laser tag and bunch of balloons. I shopped around quite a bit and even found that they beat WalMart.

I don’t know about anybody else, but in my opinion, if the food stinks the party stinks. But that doesn’t mean it has to be complicated! I kept it really simple. This time around I also spent the money to have a cake made because I am the queen of Pinterest fails and I was just not about to put that kind of stress on myself.  We ordered pizzas from a local pizzeria. The thought of baking 4 pizzas in my oven in the middle of July did not sound appealing. I was also worried we wouldn’t have enough food and snacks, but everyone had plenty. I left out the grapes and cheese and crackers and the kids snacked through the evening.

Honestly, the cost of the party could have been much less if we hadn’t splurged on the laser tag and the cake but those were the two biggest hits so I’m honestly glad that we did.

Sleepovers have a bad reputation but if you plan ahead, they can be enjoyable for you and the kids. I will definitely let my son have another sleepover birthday party!

If you are looking for tips and tricks for throwing an awesome sleepover party check out these sites. They were super helpful when I was planning our party!

10 tips for hosting a successful sleepover 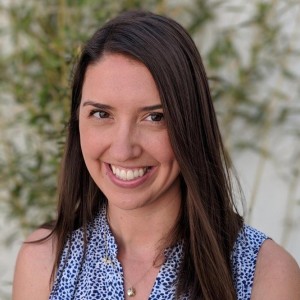 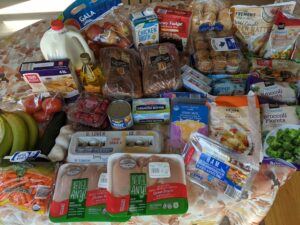 Aldi and Costco Meal Plan on a Budget

How to Grocery Shop on a Budget with Rising Food Prices 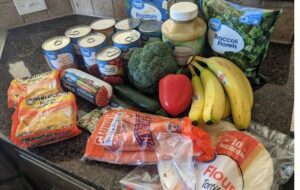 2 thoughts on “Nerf War/ Sleepover Party on a Budget”

This website uses cookies to improve your experience while you navigate through the website. Out of these, the cookies that are categorized as necessary are stored on your browser as they are essential for the working of basic functionalities of the website. We also use third-party cookies that help us analyze and understand how you use this website. These cookies will be stored in your browser only with your consent. You also have the option to opt-out of these cookies. But opting out of some of these cookies may affect your browsing experience.
Necessary Always Enabled
Necessary cookies are absolutely essential for the website to function properly. This category only includes cookies that ensures basic functionalities and security features of the website. These cookies do not store any personal information.
Non-necessary
Any cookies that may not be particularly necessary for the website to function and is used specifically to collect user personal data via analytics, ads, other embedded contents are termed as non-necessary cookies. It is mandatory to procure user consent prior to running these cookies on your website.
SAVE & ACCEPT
21617 shares